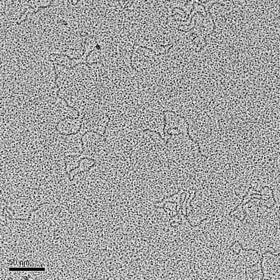 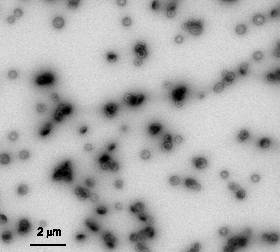 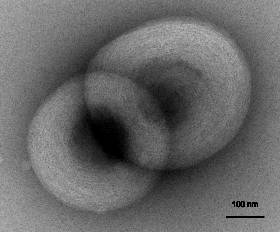 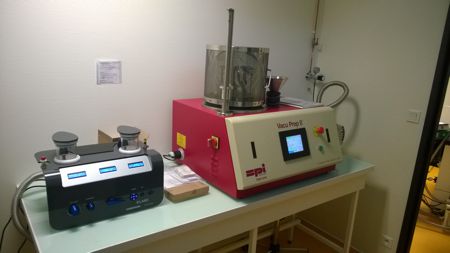 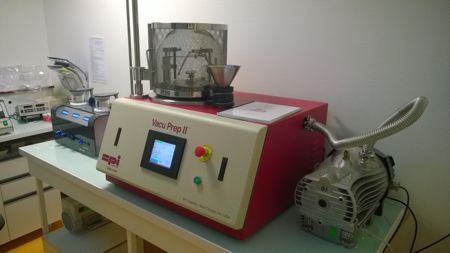 Contribution of DNA Conformation and Topology in Right-handed DNA Wrapping by the Bacillus subtilis LrpC Protein.

The Bacillus subtilis LrpC protein belongs to the Lrp/ AsnC family of transcriptional regulators. It binds the upstream region of the lrpC gene and autoregulates its expression. In this study, we have dissected the mecha- nisms that govern the interaction of LrpC with DNA by electrophoretic mobility shift assay, electron micros- copy, and atomic force microscopy. LrpC is a structure- specific DNA binding protein that forms stable com- plexes with curved sequences containing phased A tracts and wraps DNA to form spherical, nucleosome- like structures.

The Srs2 Helicase Activity Is Stimulated by Rad51 Filaments on dsDNA: Implications for Crossover Incidence during Mitotic Recombination…

Saccharomyces cerevisiae Srs2 helicase was shown to displace Rad51 in vitro upon translocation on single- stranded DNA. This activity is sufficient to account for its antirecombination effect and for the elimination of otherwise dead-end recombination intermediates. Roles for the helicase activity are yet unknown. Be- cause cells lacking Srs2 show increased incidence of mitotic crossovers, it was postulated that Srs2 pro- motes synthesis-dependent strand annealing (SDSA) by unwinding the elongating invading strand from the donor strand.

Rad51 protein is a well known protagonist of homologous recombination in eukaryotic cells. Rad51 polymerization on single-stranded DNA and its role in presynaptic filament formation have been extensively documented. Rad51 polymerizes also on double-stranded DNA but the significance of this filament formation remains unclear. We explored the behavior of Saccharomyces cerevisiae Rad51 on dsDNA and the influence of nucleosomes on Rad51 polymerization mechanism to investigate its putative role in chromatin accessibility to recombination machinery.

In this paper we propose a detailed analysis of structural and morphological properties of two poly-L-lysine (PLL)- based transfection formulations, PLL/DNA and pegylated PLL (PLL-g-PEG)/DNA, by means of atomic force microscopy (AFM) and transmission electron microscopy (TEM). Comparing PLL-g-PEG/DNA with PLL/DNA polyplexes, we demonstrate that, due to the presence of PEG, the particles differ not only in size, shape, and crystalline structure, but also in transfection effciency. While PLL condensates DNA in large agglomerates, PLL grafted with polyethylene glycol 2000 can condensate DNA in long filaments with diameters of some nanometers (6-20 nm).